It was back in January that our contributor on Liasis papuana, Kasper Fonager informed me that there was going to be a Scandinavian Herpetological Symposium with international speakers on the 22nd of September 2018. Soon after that, the event was published on social media along with the official website containing all the information about the event. Headlining the event there would be speakers such as Mark O’Shea, our contributor on Simalia boeleni Ari Flagle, our contributor on Heloderma horridum, Heloderma suspectum and Daboia russelii, Steve Angeli and a few other speakers that I wasn’t familiar with so I thought that it would be a very good chance to attend the event and meet the people that shared their knowledge with us (not to mention being in the presence of my childhood hero Mark O’Shea). Kasper managed to organize an amazing event starting from 11:00 AM CEST until 23:30 CEST. There were numerous vendors such as Edition Chimaira with an amazing book collection for sale. Ari Flagle’s new book named ‘The Serpents in the clouds’ with Ari was also on sale and being very kind, each copy that he sold was personally signed. As you can imagine Ari sold out in no time with his much anticipated book. Zooniverse were also present with their amazing t-shirt collection and several other vendors. Mark O’Shea was also presenting his new book named ‘The Snakes of the world’ which will be available as he told us by the end of the month; looking forward to that. You could feel the positive vibes from all the attendees at the event as well as the speakers for the first Scandinavian Herpetological Symposium.

The first speaker of Scandinavian Herpetological Symposium was Ari Flagle. I have established a good relationship with Ari over the past 2 years through the website, so actually being able to meet him in person was a pleasure. You would expect that there was going to be a speech of 2 hours just for the Simalia boeleni observation in the wild. Ari surprised us by actually introducing us initially to Papua New Guinea demographics along with the several tribes that he met during his 12 years visits there. He explained all the difficulties he faced there and how thankful he was for the native guides, as of course without them he wouldn’t be able to complete all of his field study on Simalia boeleni. He then explained the procedure he follows whenever he visits Papua New Guinea on how he locates nesting sites and how he approaches each site with care and respect. He ended his speech with his worries on the various threads Simalia boeleni face in the wild. All this information is fully described in his new book as mentioned earlier ‘the Serpents in the clouds’. A book that every passionate hobbyist/herpetologist should add to their collection. 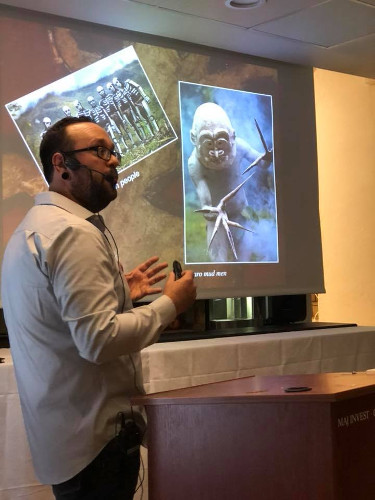 Mark O’Shea’s much anticipated speech was next. Mark is one of the most renowned and remarkable Herpetologist of our generation, he has written and authored several books, articles and scientific papers alongside tons of research over the years. I was actually surprised how approachable Mark was. He was having conversations throughout the Scandinavian Herpetological Symposium with many of the attendees (myself included), for several discussions on various topics and you could sense his eagerness to pass on knowledge as well as share his ideas and suggestions on how to improve the hobby as a whole. His speech was mainly about his adventures throughout the years of his field studies along with a brief description on each of the TV projects that he has worked on. He did include some funny moments and some hilarious stories which made us laugh, A LOT. His new book, ‘The Book of Snakes’ is coming out by the end of the month and considered to be a ‘must have’ encyclopedia on snakes from all over the world. 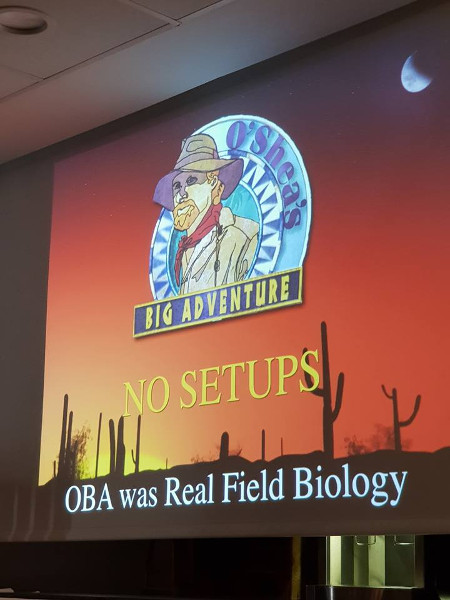 Steve Angeli took the stand after Mark. From the little I talked with Steve so far, Steve Angeli is a guy that never forgets who helped him through the years and played a pivotal role to his success on Heloderma captive breeding. He described all the issues he faced and the progress he made step by step in order to become one of the most reputable breeders of Heloderma. He actually mentioned to us how he got his first Heloderma horridum from Bob Applegate and then the rest is history from there on out. He was kind enough to explain some tricks on the incubation of Heloderma eggs which aided to his success. Steve as all of us had a dream species that he always wanted to work with, Heloderma horridum alvarezi, and he couldn’t hide his excitement of finally getting the chance to work with them in the recent years. He managed to breed them and he told us that it was one of the most amazing things he managed to achieve. 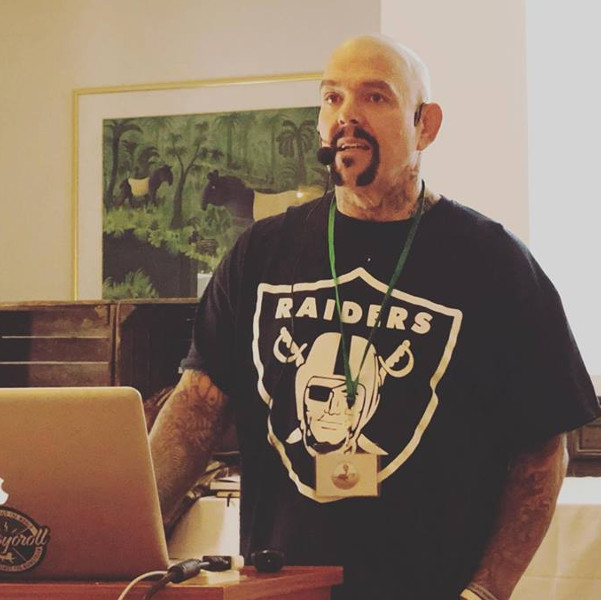 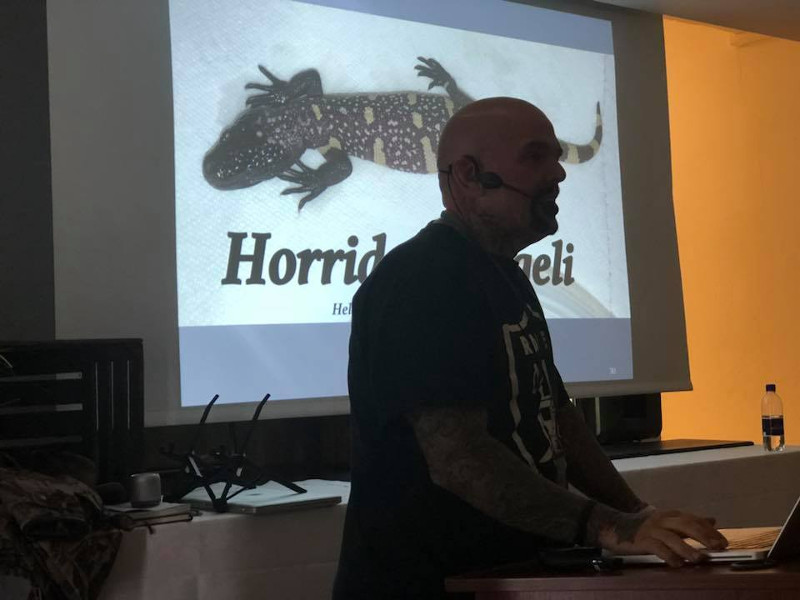 After Steve, Daniel Bennett took the stand. Daniel has had an interest in the natural history of monitor lizards since childhood, and has been lucky enough to study the animals in Africa, Asia and Australia. He has a particular interest in Varanus exanthematicus, a highly specialized animal which is the most common monitor lizard species in the wildlife trade, but one that very rarely reproduces in captivity and never with any regularity. Daniel explained to us his research on Varanus exanthematicus and spoke about the two major threads of this monitor lizard in the wild, WC pet trade and bush meat trade. Daniel thought of a way to actually minimize the impact of both reasons. His research was paying bush meat trades and pet traders more than they were getting paid to assist him with marking and monitoring Varanus exanthematicus in the wild. He also mentioned to us and showcased that in the wild Varanus exanthematicus are mainly feeding on insects rather than mammals and birds which surprised the audience. You can read all about it in his book “The Savannah Monitor Lizard: The Truth About Varanus Exanthematicus”.

Henrik Herold and Asser Øllgaard were next. Henrik Herold is CEO of The Tropical Zoo / Randers Regnskov in Denmark, renowned for their different ways to display animals in their natural habitats roaming freely in their 3 large and natural Domes of Africa, Asia and South America. Asser Øllgaard is an enthusiastic biologist part of the team of Randers Regnskov. Henrik took the stand first giving us an introduction to his work and how Randers Regnskov started and then expanded. What amazed me mostly though was the work of Henrik and his team on Bigai biological reserve. Henrik and Randers Regnskov have bought up land in Equador that they have turned into Bigai biological reserve which has one of the largest biodiversity in the world and is home to the infamous Bushmaster and Jaguar. Henrik didn’t skip mentioning of course his passion for keeping and breeding his favorite species, the Lachesis muta commonly known as the bushmaster. Asser Øllgaard then explained to us their work on the Bigai biological reserve. Their goal is to give back to nature as much as possible despite all the obstacles they have faced and continue to keep facing. Henrik made a joke about writing on his tombstone “At least he tried”. I was blown away by their work and was a bid mad at myself for not discovering about this sooner. 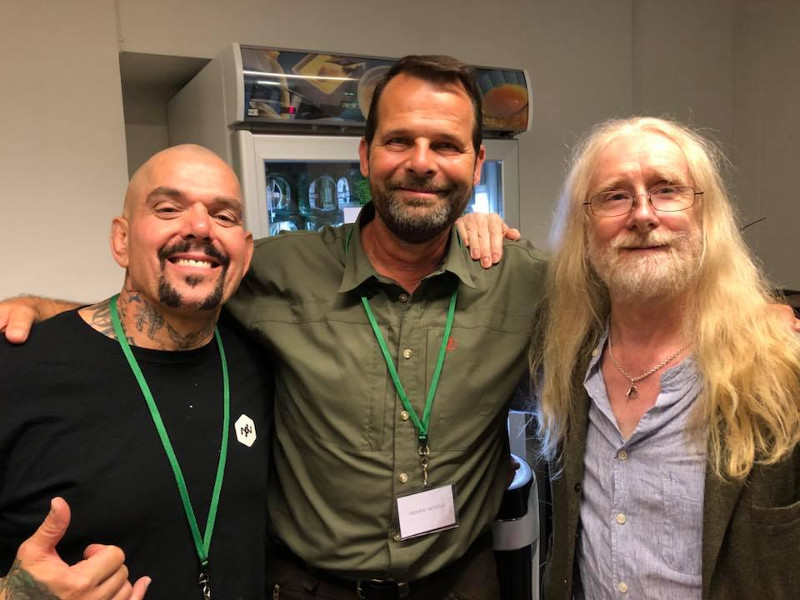 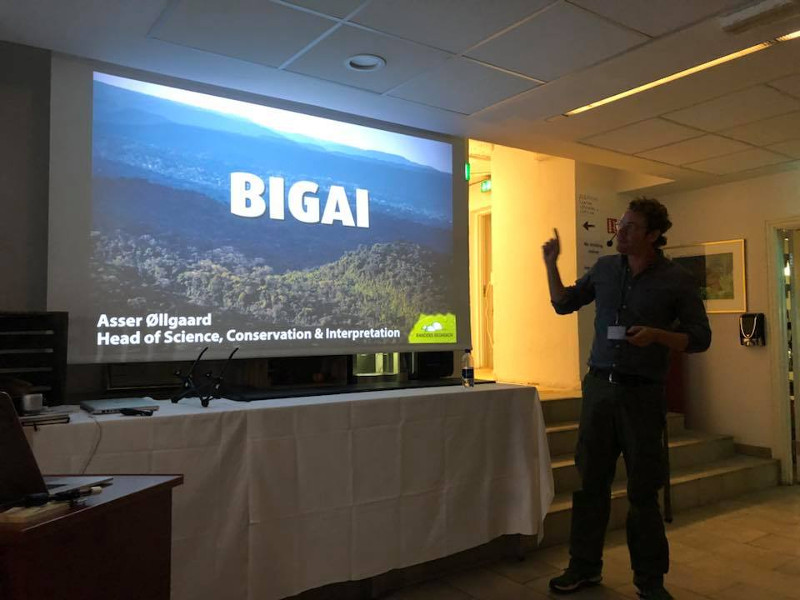 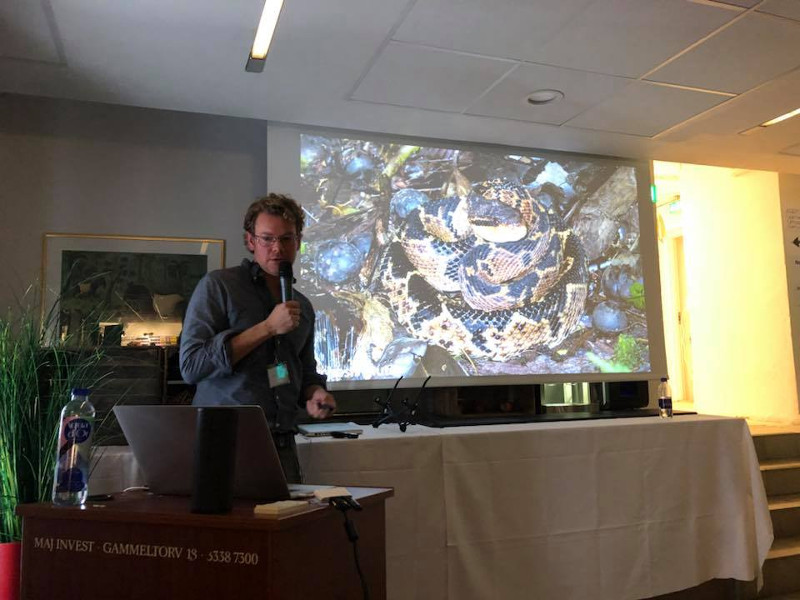 Simon Bomholt and Robin Rosenørn were the last two speakers. Simon Bomholt spoke about his numerous trips to the Komodo Islands and how thrilled he was to go every year and see Varanus komodoensis in their natural habitat. He explained how you actually get there and also gave a rough estimation on the population of Varanus komodoensis per island. Robin Rosenørn talked to us about his thesis on the Microcephalophis species and how his research team are in the process of describing a new sub-species based on endless hours of lab work. Both Mark O’Shea and Robin Rosenørn mentioned that taxonomy and species description is not only based on field studies but also based in museums’ samples which are not correctly classified. Robin was kind enough to bring with him few samples of Microcephalophis sea snakes from Natural Museum of Denmark for us to see them in reality. Once all of the speakers had finished, there was a networking period. During that Zach Baez showcased step-by-step the landscaping of a beautiful terrarium. 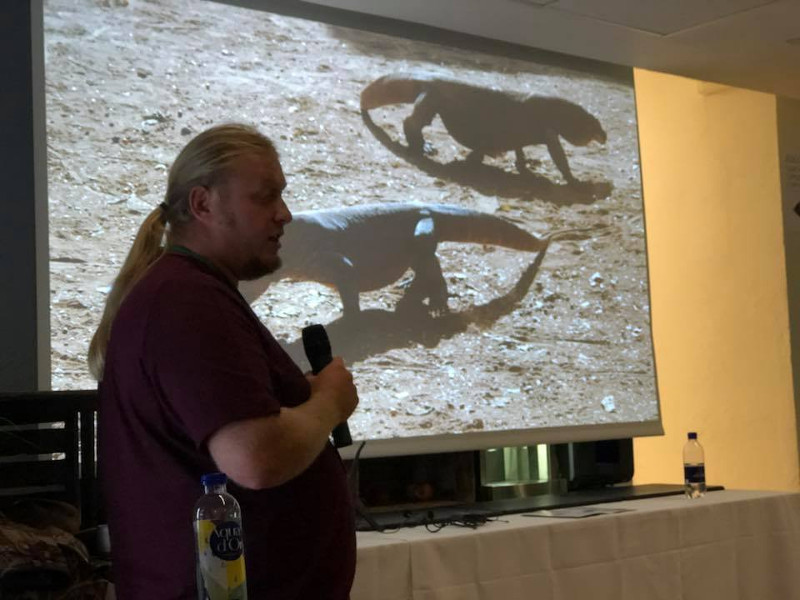 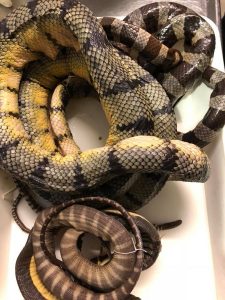 Overall, Kasper Fonager organized an amazing event, and I can say with confidence that managed to pull of a perfectly, smooth and timely event. You all know how we ‘hobbyists’ get carried away talking endlessly about each topic.

I can only hope that more of these events will follow. I got to meet some new people who are as passionate about reptiles as I am, as well as getting to meet others that I have been talking on social media with for some time now. Thankful and excited are the two words that come to mind if I have to describe how I feel after Scandinavian Herpetological Symposium. On to the next one !!!