OK it is getting to that time of year now, so here is a general overview of how I brumate my snakes and some of my lizards, hopefully it will help others that have questions about this topic, as I know it is something that many find daunting.

The method I use is based on that presented in a wonderful article by Kim Caldwell in an old copy of Reptilian magazine (Issue 4 volume 7 from May 1997) – in fact this feature had a major impact in the way I keep my snakes, I recommend anybody keeping temperate colubrids to try and look for this issue, it’s the one with a Boiga irregularis on the front.

I use the following methods for most of my temperate snakes, by which I mean any species that occurs in Europe (for example Horseshoe Whip Snakes, Dice Snakes, Viperine Snakes and so on), temperate Asia (for example Dione’s, King, Korean, Russian and Japanese Rat Snakes), North America (Corn Snakes, American Rat Snakes, King Snakes and Milk Snakes, Pituophis, Garters etc.) and even North Africa (Psammophis, Platyceps).

Anyway, as I’m sure many of you know I’m a nut for lighting (maybe TOO much of a nut, as I am repeatedly told) and I use a method for cycling my colubrids that involves not only manipulating temperatures, but manipulating lighting as well. During the Spring and Summer the lights are on for 14-16 hours a day. At the beginning of October, I start reducing the photoperiod by an hour in the morning and an hour in the evening each week (it really helps to have the lights on a timer!) so that by the beginning of November the lights are on for about 8 hours a day.

At the same time, the heating is gradually reduced as well; in many of my setups, the lights actually provide the heating, and so reducing them (with no additional heating at night) means this is automatically going on. Snakes kept on heat mats or with spot bulbs and so on should have the thermostats gradually turned down a few degrees each week down to room temps.

It is important that the snakes are not fed towards the end of this period to avoid the risk of the food not digesting properly in the cooler temps; the last meals are offered at around the middle of October, and at least two weeks left between this and the snakes being put under for brumation. It goes without saying that the whole cooling/ brumation process should only be attempted with perfectly healthy, well fed snakes.

At around the middle of November, after several additional weeks at room temperature, the species that need a full brumation are taken from their enclosures and put into individual tubs with sphagnum and a small water bowl and placed into a fridge set to the required temps (usually about 8-10 °C (46-50 °F) is fine for species like Black Rat Snakes, Dione’s Rats, Japanese Rats, Russian Rats, Viperine Snakes, Garter Snakes and other cold-tolerant species). 8-10 °C (46-50 °F) is fine, although some of these species may remain active even at this temperature and can easily survive temperatures even lower (I have seen Grass Snakes active in the fridge even at around 2 °C (36 °F)).

Other species that are not quite as cold tolerant are placed into my attic, where the temps are reliably kept around 15 °C (60 °F) (this suits the Mediterranean species).

Species which require cooling but come from slightly warmer regions are not moved from their enclosure, but kept in their vivaria without lighting or heating at room temperature for up to two months (but sometimes for as little as 4 weeks, depending on species).

After three or four months of brumation (depending on what species we are talking about), the snakes are returned to their enclosures and the process is reversed, gradually increasing photoperiod and temperatures over several weeks. During this time the snakes should be fed a very small meal (say, a single fuzzy mouse) and allowed to defecate before another tentative feeding, and then their normal feeding can begin again. (It is a good idea to make sure any females that you intend to breed are fed a lot to ensure they are healthy during and after egg-laying!). You will notice that the snakes soon shed a few weeks after brumation, which is a good sign that breeding is about to begin.

What is always a pleasure to see is just how little weight, if any, the snakes actually lose during this time, and in fact I find they emerge very active and “refreshed” and appear reinvigorated – it is like they have been given a new lease in life!

Many seem to prefer to do away with brumation altogether, especially those that are not interested in breeding their snakes, but I find that not only is there often a huge increase in breeding drive and fertility rates for many species (Dione’s and Russian Rat Snakes are a perfect example of this – I seldom had good luck hatching healthy offspring from these species without a decent period of brumation) but also there is mounting evidence that snakes which would normally brumate tend to live longer lifespans when they are allowed to do so. Studies on this have been done on Notechis, Crotalus, Thamnophis.

Furthermore, personally I believe it only makes sense to let the animals fulfill a life process they have adapted to do, especially given that doing so seems to have so many physiological effects on their life rhythms.

I hope this explains one simple way of going about seasonal cycling and brumation of these animals. 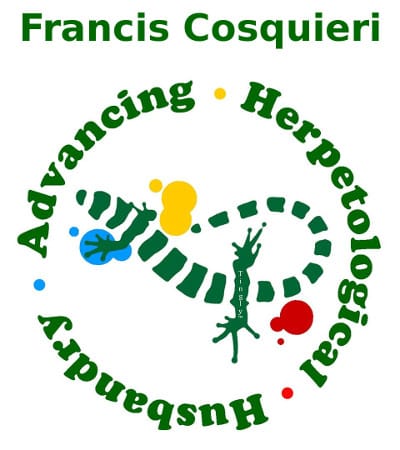